It's curious that Drupal 5 Views Recipes is a brand new book, right?

Very few problems are isolated from other issues. Almost any problem you can think of is related to lots of issues. Overweight? Is it your calorie intake, or lack of exercise, or your body type? Some people solve weight problems with this newfangled indigestible oil that won't collect in your body, as if adding non-food substances to your food will help you be more active so that your body will naturally burn more calories.

Disclosure of blog or forum sponsorship - the quest for transparency

I run several blogs and a forum, and have been taking sponsorship for a long time. Blogging is a time consuming thing and it's therefore necessary to seek income to support one in doing this. But as in all things when a company dangles money in front of you there is the possibility of enticement to sell your soul for filthy lucre. In other words it's plausible that taking advertising on a website will subvert the message of that website to suit the advertising.

Fix for when Drupal's cron.php redirects to a page rather than run cron.php

I've been having a headscratcher on a website for awhile and just found what the problem is. PROBLEM: When cron.php is requested, instead of running cron.php it redirects to some page on the site. This means the cron hooks aren't executed because instead some other page gets loaded. Drupal does a lot of maintenance stuff in the cron hooks, so it's bad news if they don't get executed.

Documentation of the normal setup for cron.php: http://drupal.org/cron .. I had done all that, and their troubleshooting section did not cover the problem I had.

On my Drupal-based forum site there was a problem - On Internet Explorer the page layout was horribly broken. The content, instead of laying out in a 2 or three column arrangement, had each section of the right/center/left columns one after another. It was as if some of the style sheets simply hadn't loaded. Fortunately you could still use the site meaning missing style sheets didn't interfere with usability except that the site was horrible to look at and probably turned off any Internet Explorer visitors.

Vonage and "The customer is always right"

I've been using vonage for several years primarily so I could make long phone calls w/o killing the anytime minutes on my cell phone. Vonage is a "voice over IP" telephone service (VOIP) and they've been in this business for quite awhile. Their service acts pretty much like a regular telephone but the connection is over the Internet. In my case I had a special router with a telephone jack, and a regular telephone gets plugged into that jack. Upon picking up the phone (like normal) you get a regular dial tone, you key in the phone number etc the same way as a regular telephone line.

Drupal is a very powerful content management system that can also serve as an excellent web application development framework. The features provided by Drupal are very comprehensive, flexible, and there is a large community of excited people supporting its development. Pro Drupal Development is a developers tome worthy of the system it documents.

One key part of a community web site is a way to notify your users of activity on the site. It helps to bring them back if they receive a notification. Otherwise they might forget about the site. Out of the box Drupal doesn't offer notification capabilities but there are addon modules which do this. I've been using the subscriptions module on my main site however it hasn't been all that pleasant. 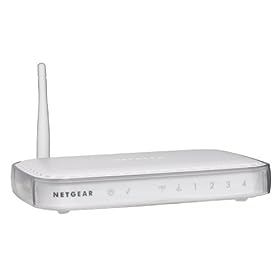 My latest gadget is a Open Source Wireless-G Router (WGR614L) from Netgear. I'm wanting to use WiFi around the house and my prior routers weren't working so well.