Erasing all content from an iPad, so that you can sell your iPad 1 to replace it with a new iPad

If you're like me, you've just purchased a new iPad and you have an older iPad 1 or iPad 2 that the new iPad is replacing. I have my old iPad 1 on eBay right now, the auction is due to end in a few hours, I'll be getting a reasonable price for the iPad, and in any case I really want to make sure my data is completely wiped from the iPad before selling it.

Turns out that it's pretty simple.

I had envisioned it might require some magic undocumented combination of swipes and holding down buttons. Apple has this tendency to remove so many buttons that you're left with special combinations of button presses to perform some of the more rare operations. In this case it turns out to be simple.

Just head to the Settings application, and under General Settings there is a Reset choice.

It contains several choices as you can see in the images below. What we want is "Erase All Content and Settings".

In case you're not clear on what you're doing, a little dialog box pops up saying this will ERASE IPAD and delete all media and settings. Yup, that's what I want alright.

Once that's done, the iPad is at the "Configurer" screen that pops up to let you do initial customization and configuration of the iPad.

Instead of going through the Configurer, I turned my iPad off so that the lucky winner of the eBay auction on my iPad will have the enjoyment of running the Configurer themselves. 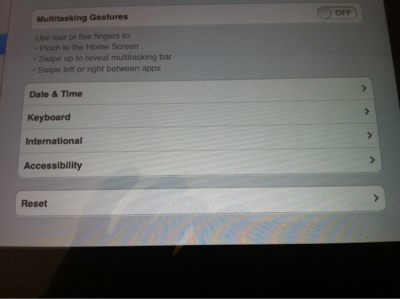 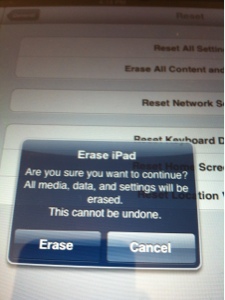 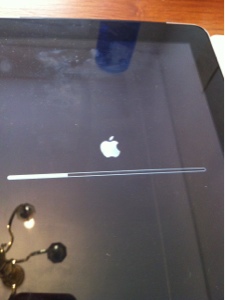 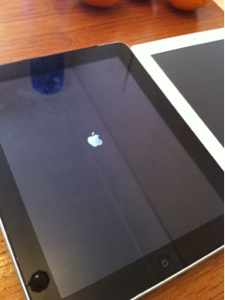 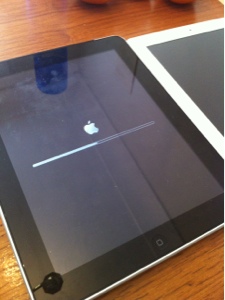 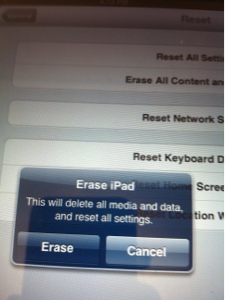 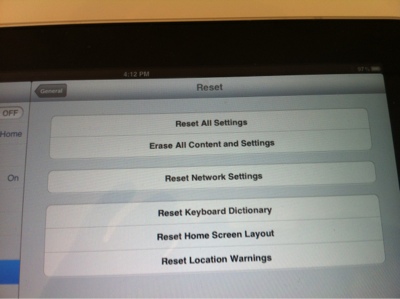 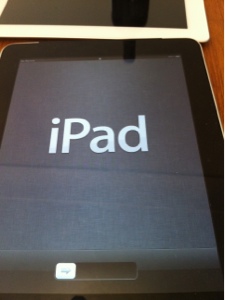