First boot-up of the new iPad

After the unboxing of a new iPad, comes turning it on for the first time. The skimpy instruction sheet that comes with the new iPad says simply to "Turn on your iPad by holding down the Home key for a few seconds" then to "follow the on-screen instructions to set up your iPad".

First step is to select your language. As well as your country.

Then you select enabling of "Location Services" which allows Maps and other applications to know where you are. While that's incredibly useful, some think this is a privacy violation.

Next is to configure your Internet connection. I have home WiFi.

Next we can set up as a "New iPad" or restore from either an iCloud or iTunes backup of an existing iPad. Because I have an iPad 1, I'll be restoring from the iTunes backup of that iPad. I've plugged that iPad into my computer so that iTunes has a completely up-to-date backup. Next will plug the new iPad into that same computer.

This takes you through several steps of registering the iPad with your Apple account and with iTunes.

Once that's done it squirts the backup into the new iPad.

After the restore the iPad restarts, and then appears in iTunes as itself. However once it restarts, the iPad will sync again and this initial sync is, for me, taking a long time, if only because I have a large number of applications.

As a new feature of AT&T's networks, the new iPad appears with the 4G notation at the top. There is a bit of controversy over whether the thing actually should be called 4G or not. Big deal.

There is some sort of Dictation support which may be related to the SIRI feature of the iPhone 4S. I'm going to leave it disabled for the moment, perhaps to try it later.

Once all that's done the iPad is ready to use. 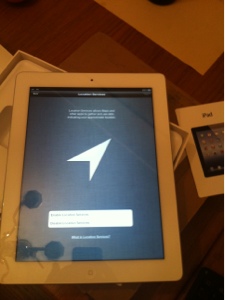 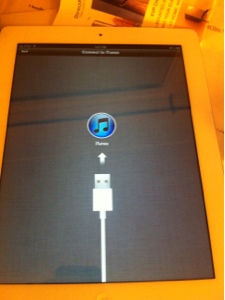 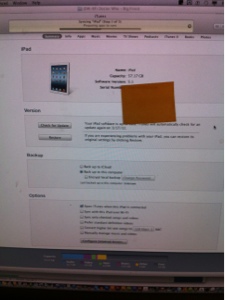 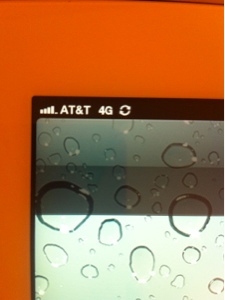 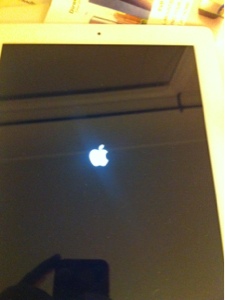 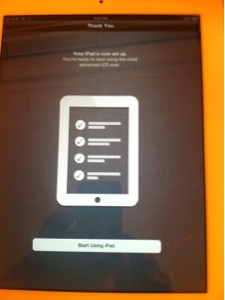 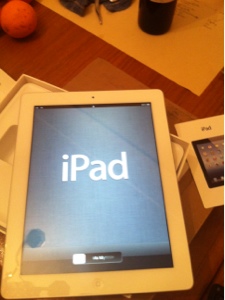 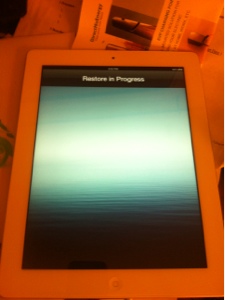 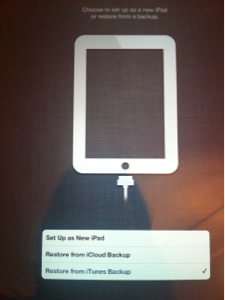 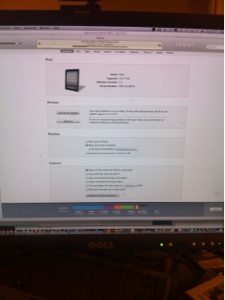 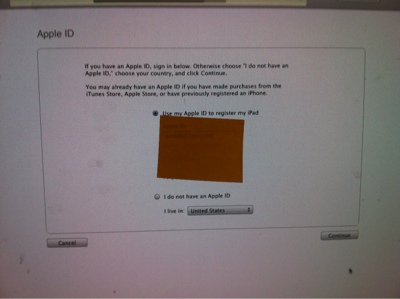 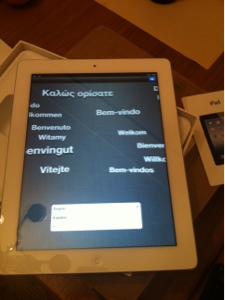 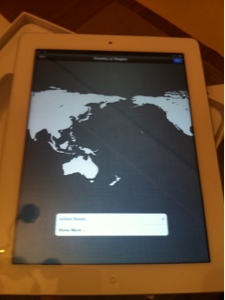 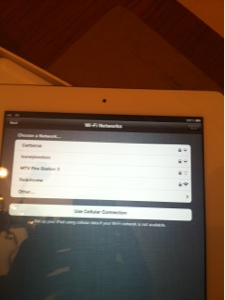 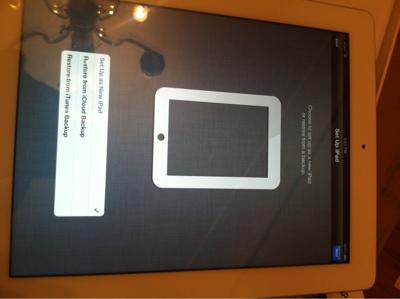 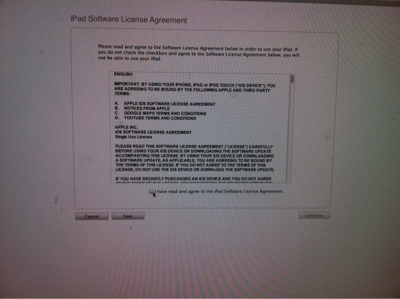 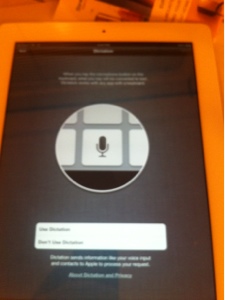 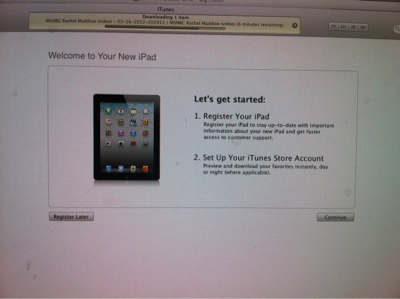