I watched some coverage of the new iPad last week, and it fit all the tick marks over which I wanted to upgrade. I own an iPad 1 and have been happy with it, but was interested in having a camera, better iMovie, and like what I saw of the iPhoto demo. Everything looked good. This being March 16 I am among those who received their new iPad today. To start this off is this unboxing post. I'll follow it with a review or two.

First off the box is slim and I like that the packaging is entirely cardboard for easy recyclability. Those gizmos shipped in a large box and styrofoam packaging, that's traditional, but it makes for unnecessary environmental impact if you think about it. Shipping a gizmo in a bigger-than-necessary box means a less efficient use of space in the shipping containers, meaning that more shipping containers are necessary to handle the same sales volume. Also, styrofoam is pretty evil stuff, while cardboard is easily recyclable.

The ports and buttons and whatnot are similar to the iPad 1. The new iPad is lighter and thinner than the iPad 1, so I expect that it'll be nicer to use when out and about. The face of the new iPad is the same size as the iPad 1, of course.

It comes with a synch cable that also doubles as a mobile recharging thing using the power adapter. It does not come with headphones.

The little piece of metal fairly similar to a paperclip is a SIM removal tool. My iPad is an AT&T model, which I bought because it supports GSM and uses SIM cards meaning it's theoretically possible while traveling overseas to swap in a SIM card for the country I'd be traveling in. Otherwise AT&T wants to charge you through the nose for using foreign data services. 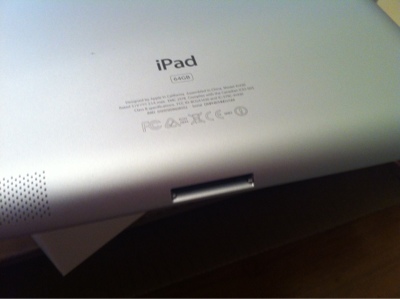 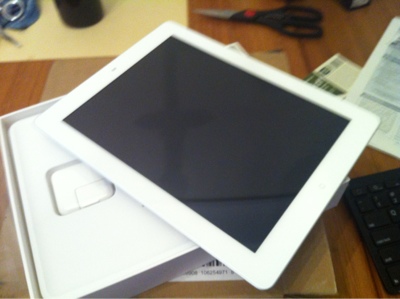 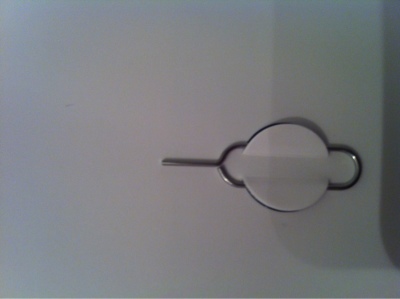 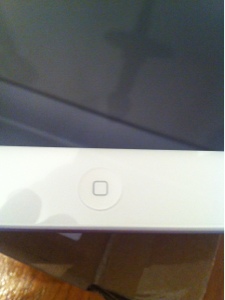 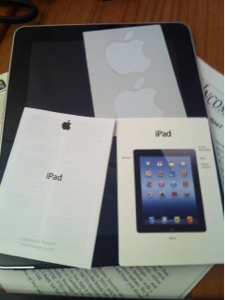 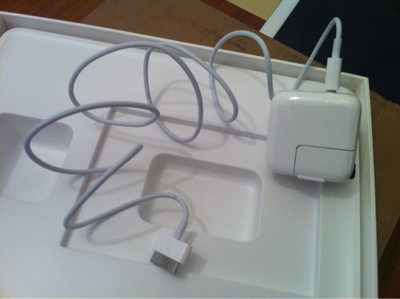 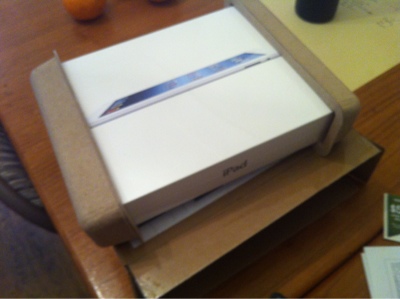 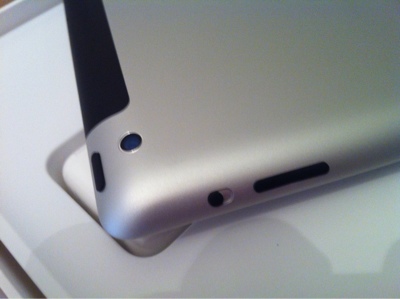 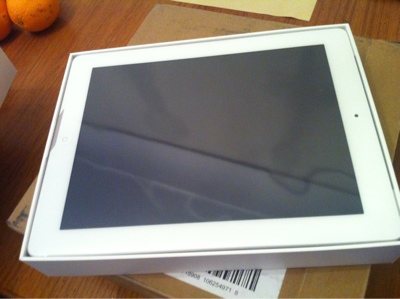