Now that we've unboxed the new iPad, and set it up, how about a comparison look between the two of them? I have both on the table in front of me, and my old iPad 1 is on eBay right now, about to be sold to a high bidder, so we have no time like the present to compare the iPad 1 against the new iPad to see how they stack up.

To riff on "stack up", the first thing to note is the new iPad is a lot thinner than the iPad 1. It's also a lot lighter. This will make it more convenient to carry the new iPad around, to hold it up like a newspaper, etc. The weight difference is significant, but even with its slimness and lighter weight, the new iPad isn't quite the same as holding a newspaper. Still, it is light and slim enough to make holding it up for a long period more practical.

One of the big improvements in the new iPad is the screen. Apple is pushing this in their advertising, higher resolution, and more vibrant color. The difference is apparent even on the home screen. It looks crisper and brighter. When using applications, text is easier to read, and in general things look much nicer.

The CPU is more powerful as is the graphics processor. What this means in practical use is that applications that felt sluggish on the iPad 1 are snappy on the new iPad.

The new iPad also has the capability to run a whole new range of applications impossible on the iPad 1. The camera in the new iPad is pretty good, and can be used to take both pictures and movies. I have a hard time imagining one to make regular use of the iPad as a camera because it's so large, but it can be done. I have this idea in mind that someone should build something for the new iPad that looks like an old school view camera, but using the iPad as the display.

Because the CPU on the new iPad is more powerful, many applications would require an iPad 2 or now the new iPad. An example is iMovie for the new iPad, that gives more capabilities than the iMovie on the iPhone.

Am I glad I bought the new iPad? It's too early to say. I've barely had time to unpack it, set it up, and do a little playing around. I'm hoping to use it for video production and graphics editing, the latter of which should be very nice on a direct manipulation touch screen of this sort. My biggest concern about the whole iPad environment is Apple's policiies around getting files in and out of the devices. You can't just use a desktop computer to open up the file system on the iPad and drag files back and forth. Instead Apple wants you to use the iCloud system, and Apple is there with their cash register just waiting for you to use more than 5GB of storage so that Apple can start charging money for storing your data. Really?

However, having lived with the iPad for so long already, I know that it's a game changer in terms of how I think about computing devices. I frequently head out for events carrying just the iPad (and a keyboard) rather than bringing a laptop.

However, for some events I cover, I need to assemble pictures and text, resize the pictures to 500 pixels width, then upload both pictures and text to a website. I haven't attempted this yet, but what I've seen so far on the iPad says that this is going to be difficult. I rather doubt there is a file selection dialog of the sort we're accustomed to on desktop computers. And I rather think it may be tricky in iPhoto for the iPad to duplicate a picture and resize it to 500 pixels.

In other words, my personal jury is still out on whether this purchase was worthwhile. It looks very promising and I think it will shortly prove itself as a worthy addition to my gizmos. 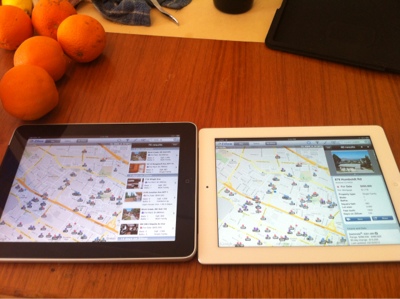 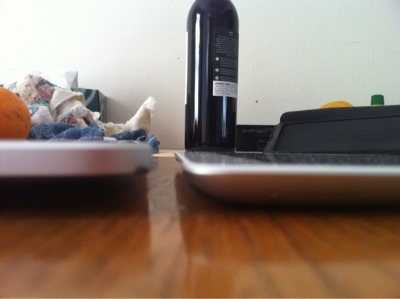 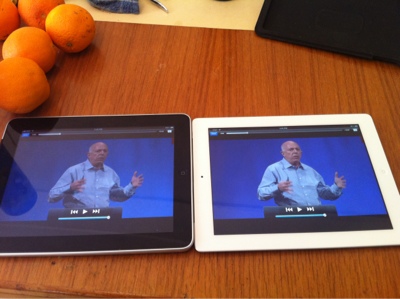 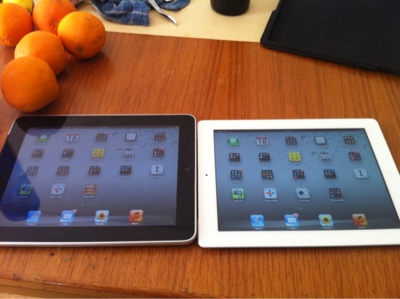